Contact Us
About Us
The Smart Home Starter team picks the products and services we write about. When you buy through our links, we may get a commission.
Last Updated Nov 8, 2022 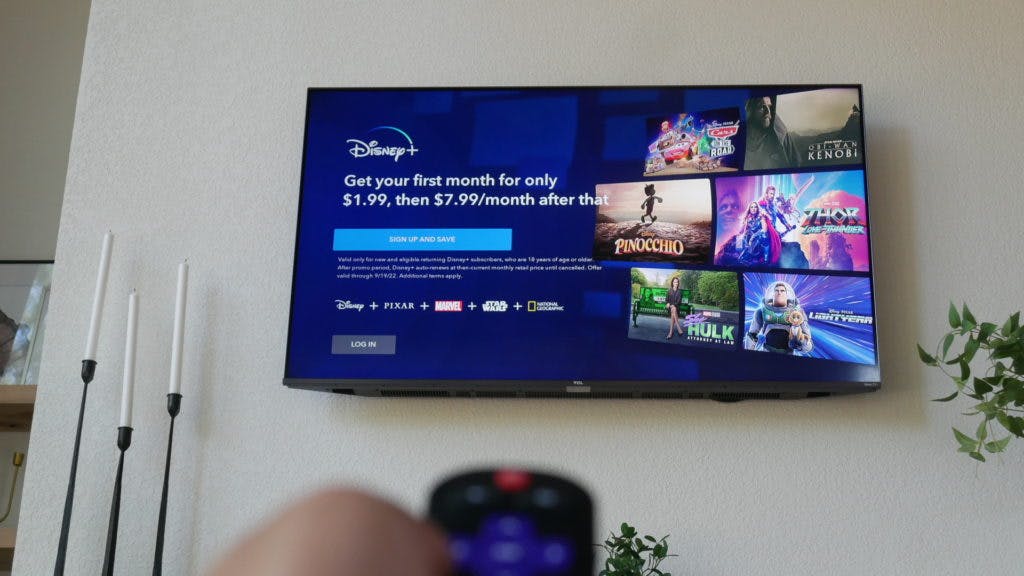 TCL TVs are an affordable smart TV if you’re trying to set up a smart home on a budget. However, if you’ve lost your TCL remote or the power button on your TCL TV doesn’t work, there are still other ways you can use your TCL TV without a remote.

How to Control TCL TVs With No Remote

Even though most TCL TVs come with a remote, it’s pretty easy to lose a TV remote when you use it daily. Whether you’ve temporarily misplaced your remote or you want a permanent solution for controlling your TCL TV, you have a few different options:

Do You Need an Internet Connection to Use a TCL TV?

For TCL TVs that have a remote, you won’t need an Internet connection to control them. However, many of the smart TV features, such as access to streaming services, aren’t useful unless you have a wireless connection to use them with.

Having an Internet connection becomes a much more serious requirement if you don’t have a remote for your TCL TV. Without a wireless connection, you won’t be able to set up a remote control app on your smart device.

What Smart Devices Are Compatible with TCL TV?

If you’re trying to use a TCL TV without the stock remote, you’ll need to pair it with a smart device to use a remote app instead. Thankfully, both Android and iOS devices are compatible with TCL and Roku TVs. This gives you plenty of versatility when it comes to setting up your TCL TV as part of a smart home ecosystem.

By design, TCL and Roku TVs are made to work with an Android operating system. However, these TVs are also compatible with Apple products such as iPhone (iPhone 8 and newer) and Google Play.

Which Apps Will Control a TCL TV Without the Remote?

Without a remote, the easiest way to control a TCL TV is to use one of several software applications you can access through your smartphone or tablet. Whether you use an iOS system or an Android, there are apps available that can work as a universal remote for your TCL TV system.

Here are some of the apps available that can provide wireless control for your TCL TV without a remote:

One of the major advantages of smart technology is that wireless programming makes it fairly easy for a range of different universal remotes to work with a TCL TV as long as they support an Android, iOS, or Google operating system.

The app you choose to control your TCL TV will depend on the operating system of your smart device. Some apps are exclusive to either Android or Apple marketplaces. Either way, an app that pairs with your TCL TV through a wireless connection gives you all the utility of a traditional remote control without the hassle of being forced to keep up with one.

Using a TCL TV With the Power Button

Another option for using your TCL TV without a remote is to use the power button located directly on the TV.

While this isn’t the most convenient way to control your TV since you’ll have to get up each time you want to adjust the settings, it at least gives you a way to control the TV if the remote is dead or goes missing.

The location of the power and menu buttons depends on which model of TCL TV you’re using. A common location for the buttons is the bottom edge of the television monitor at the center of the screen.

Can You Get a Replacement Remote for TCL TVs?

Using a TCL TV Without a Remote Is Easy

Thanks to the advance of smart technology, there are several ways you can get your TCL TV working even if you don’t have a remote. Using a smart remote through your wireless device is even more convenient than using a traditional remote since you’re less likely to lose it.

Related Articles
TCL TV Audio and Video Out of Sync?
TCL | TVs
Screen Technology: LED vs OLED vs QLED, What are the Differences and Which is Better?
Samsung | Smart Home | TVs
Sign up for our newsletter
Submit