Contact Us
About Us
The Smart Home Starter team picks the products and services we write about. When you buy through our links, we may get a commission.
Last Updated Jun 16, 2022 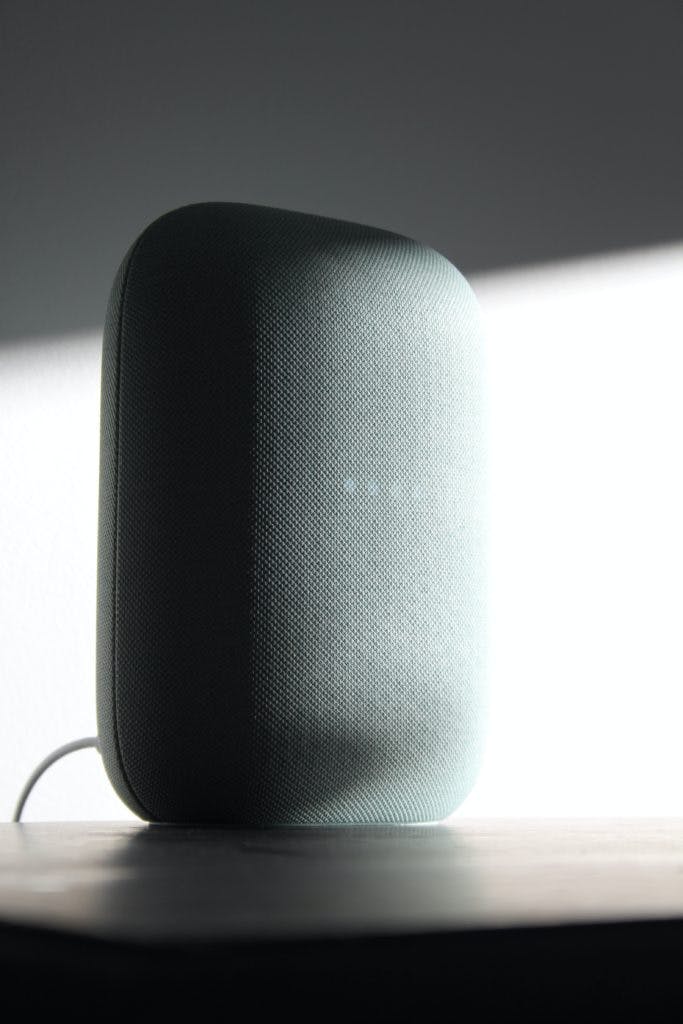 In September of 2020, word began to leak out from Google that the Nest Audio would soon be able to integrate with Google Chromecast, via a software update. That was notable information because such integration would effectively turn the Nest Audio into a home theater system. So, can you really use the Nest Audio for surround sound?

You can turn the Nest Audio into a surround sound home theater system, there is some workaround required because the Chromecast is essentially unpacking audio and video and sending one to the screen and one to the Nest Audio.

Although Google has largely cleaned up the audio resonance issues—considering all that the Chromecast has to do—you may experience some weird resonance issues from time to time. Also, if you want a true audio experience, you want to combine more than just the Nest Audio speaker.

How to Set Up the Nest Audio for Surround Sound

You can do this with a single Nest Audio device. However, it’s better if you pool together multiple Nest speakers (they don’t all have to be Nest Audio devices) so that you get the full, surround sound effect.

The following is a list of compatible Google devices that you can sync together for what Google calls, synchronous music:

“Synchronous music” or not, it still makes for an effective surround sound system, and it’s pretty easy to set up. What you want to do is create a “speaker group” within your Google Home App and add the Nest Audio, along with any additional Google speakers, to your Chromecast.

You also want to make sure that all of the devices within your group, your Chromecast, and your smartphone are all connected to the same WiFi. Start by opening up your Google Home app.

Since your Chromecast is now a part of your speaker group, audio will now be unpacked in your Chromecast and streamed to all of your speakers. Since the audio is no longer compressed and unpacked by your TV, there may be some audio lag or other detrimental effects. However, Google has largely cleaned this up through a series of updates, so if it’s a problem, it should be a rare one.

Where to Place Your Nest Audio for Surround Sound

If you only have the Google Nest Audio, you may not want to place it behind you, even if you’re looking for a surround sound effect. If your Nest Audio is a singular device and is grouped only with your Chromecast, it would better serve as a soundbar rather than a rear speaker.

The Nest Audio is designed to be a directional speaker, rather than the 360° sound that previous iterations embraced. It does have an auto-tuning feature that recognizes where the speaker is at in a room, in terms of walls around it, and directs the audio accordingly.

In other words, if you put it behind you, it won’t act as a surround sound speaker if it is all alone, but rather like a forward-firing speaker that is blasting dialogue at the back of your head, rather than tricking you into believing that environmental sounds are all around you.

To embrace a more “surround sound” experience, you want your Google Nest Audio acting as a soundbar, with other Google speakers, like the Nest Mini, off to the sides or set up somewhere behind you.

Can You Use More Than One Nest Audio for Surround Sound?

Including the group of devices that can connect to your Chromecast (listed above), you can have two Nest Audios within a single group. According to most experts, two Nest Audio devices is an incredible listening experience.

Instead of using one Nest Audio as a soundbar, you can spread out the two Nest Audios to forward-facing corners of the room, with additional speakers behind you. However, if you are in a small room, two Nest Audio devices may be a bit of overkill.

The Nest Audio has a 75mm woofer combined with a 19mm tweeter designed for directional sound. It’s a huge step up from previous iterations and will probably be too much for a tiny living room setting.

The Google Nest Audio can definitely be used as a surround sound speaker. However, it may be more appropriate to label it a home theater experience since it’s not going to differentiate between dialogue and in-your-face action with subtle, environmental sounds.

True immersion is possible, but a lot of it depends on how you place your speakers and the level of Dolby audio you’re pushing through the speakers.