Why Hisense TVs Are So Cheap 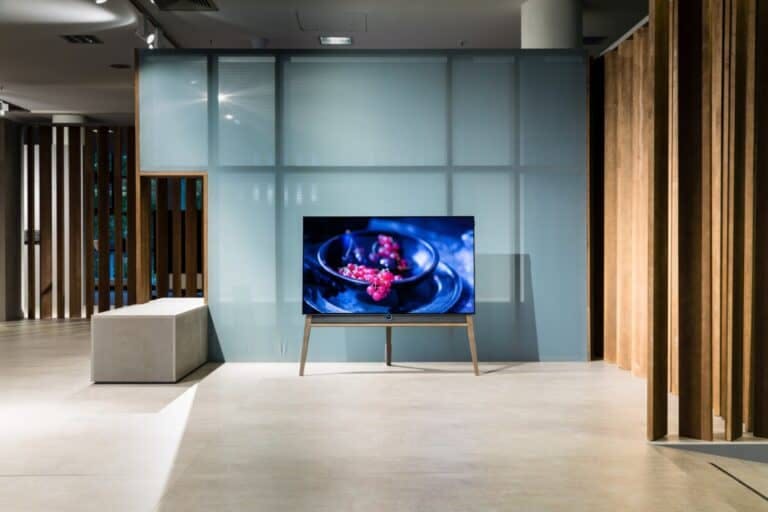 When buying a new TV, you might see a cheap Hisense TV and go, “That sounds too good to be true.” However, if you’re looking for a basic TV with some bells and whistles, this is the way to go. If you’re still not sure, out of 245 customer reviews, the TV has a solid 4.5-star rating on Amazon.

Hisense TVs are cheap because TVs, in general, aren’t that expensive. The New York Times notes that because of oversupply, technological advances, and cheap labor, TVs have been steadily getting less expensive since 2011. There’s also less demand; many people watch shows and movies on their phones.

Many smart TVs get revenue from advertising, incentivizing these companies to lower prices. By having pre-installed apps, like Netflix, Hulu, and Prime TV, TV companies get commissions from these services, increasing their profits. Continue reading to learn more.

Why is Hisense So Cheap?

Hisense TVs are cheap because they are basic smart TV models. Standard models don’t come with a breathtaking resolution, and their sound is on-par with other basic TVs on today’s market.

However, they get the job done. They provide a quality streaming experience and even let you “cast” your phone without purchasing a secondary device.

Other reasons why Hisense is so cheap include:

Hisense TVs Are Made Overseas

You’ll never see a “Made in America” stamp on your Hisense TV. They’re made by laborers in China. This keeps labor costs low and makes the TVs themselves cheaper.

Make no mistake; smart TVs are coveted by many. But the thing is, TVs just aren’t in demand like before. People are holding onto their TVs longer or avoiding them altogether. Many people don’t even have TVs; they watch everything on their phones, tablets, and other devices.

When demand is low, and supply is high, prices fall. It’s truly a buyer’s market in the smart TV world.

During your search, you may have found TVs costing thousands of dollars. For instance, LG’s OLED TVs go for around $1,200. The reason? OLED TVs require special technology. Hisense TVs don’t. As noted, they don’t come with “bells and whistles,” like revolutionary sound systems and cutting-edge graphics. They’re suitable for normal, day-to-day use.

You won’t have to watch a Hisense commercial while trying to watch Netflix. That type of advertising is too overt and drives consumers away from purchasing smart TVs. Instead, Hisense makes money from the streaming services it supports.

Streaming services like Hulu, Netflix, Prime TV, and YouTube give Hisense special incentives to feature these programs. Moreover, Hisense gathers some of your data to curate the commercials you get on non-paid streaming services.

Here, Hisense doesn’t just make money when it sells a TV. It continuously gets paid from the user information it gathers and the apps it features.

Is Hisense a Bad Brand?

Hisense isn’t a “bad brand.” For many, it’s “okay.” Hisense is popular because it offers smart TVs on a budget. It’s great for people looking to “dip their toes” into the smart TV pool.

After reviewing this information, you can decide whether purchasing a Hisense TV is right for you.

As noted, TVs generally last five to seven years. Hisense TVs are something of a mixed bag. Consumer Reports revoked its recommendation after reviewing how long these TVs last and the likelihood of problems. Yet, the BBB notes that these TVs are durable, and Hisense promptly addresses any customer complaints.

Hisense TVs should last at least five years with minimal issues with average day-to-day use. Whether this period meets your expectations is your decision.

However, when compared to newer technology, Hisense falls short. It simply can’t hold a candle to OLED or QLED TVs. But, it’s worth mentioning that these TVs cost hundreds of dollars more than a Hisense TV.

The bottom line: Hisense holds its own with other TVs in its price range and class. It’s not better than TVs with better picture quality and resolution.

Hisense TVs are cheap for many reasons: Supply and demand, cheap labor costs, and advertising revenue keep prices low. Hisense TVs are great starter TVs for those looking to transition from standard TV to “smart” TVs.