Contact Us
About Us
The Smart Home Starter team picks the products and services we write about. When you buy through our links, we may get a commission.
Last Updated Jun 28, 2022 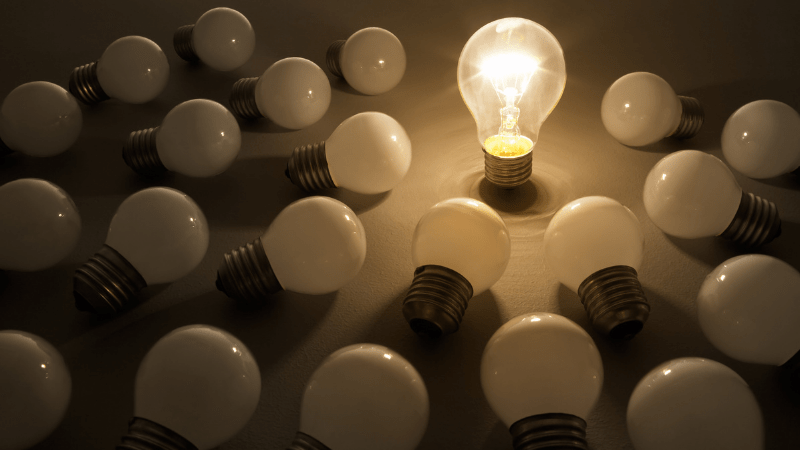 Lutron Caseta dimmers give you an easy way to change the brightness of your lights from the remote or a mobile app. You can also connect it to several different devices within your home for easier and more efficient smart home automation. Since there are two options, the Caseta Smart Bridge and the Caseta Smart Bridge Pro, you might be wondering about the differences between the two.

The Lutron Caseta Smart Bridge and the Smart Bridge Pro have the same basic features, but the Pro has more advanced features that make it easier to use. You can integrate it with your security system, use the Sivoia QS Triathlon, and take advantage of select Sivoia QS wireless shades.

Below, we’ll talk about the extra features the Smart Bridge Pro has over the original, as well as how to decide which model might be the better choice for you and your home.

While many of the features are the same, the Caseta Pro has some additional features that make it work easier and better. Check out the chart for the most notable comparisons:

You can see that many of the features are the same, except for the security and Sivoia additions.

The Sivoia QS Triathlon also has some additional features that are worth noting:

Overall, the Smart Bridge Pro combined with the Lutron Sivoia options gives you much more control over the lighting in your home. You can also use it to add treatments to the windows for sheer lighting or blackout lighting when needed. Many people choose to get the Pro dimmer to add all of their features together and give them an easier way to control and change the lighting in their home.

If you have a security system, you can also benefit from the Pro dimmer. You can use the lighting system to change shades or turn more lights on if your security system detects motion or if the alarm goes off. This can make your home safer and less likely to be targeted by intruders. The Lutron Caseta Smart Bridge Pro supports the following security systems:

If you don’t have one of the above security systems, you won’t be able to integrate it with the Pro unless Lutron adds in more devices later on.

Similar to most purchases, the choice is up to you. The Smart Bridge dimmer will give you access to many basic dimmer features such as:

The Caseta Smart Bridge Pro still has access to all the features above, so you won’t miss out on any of them if you buy the Pro. But remember: The Pro will make a bigger dent in your wallet because of its increased cost with the advanced features.

However, if you already own some of the Lutron Sivoia systems or are planning to install them soon, the Pro will be worth the extra cost. It’s also a great addition to your security system if you have one of the compatible ones.

Overall, the Lutron Caseta Smart Bridge Pro dimmer kit will give you a better way to control your home by joining it with the Lutron Sivoia systems. It also works with security systems to make your home safer.

However, if you want to save a little money, know that both the Smart Bridge dimmer and the Smart Bridge Pro dimmer have the same basic features to connect to Wi-Fi and other smart devices, so you won’t be missing out on too much.

More Lighting articles
More Lutron Caseta articles
Related Articles
How to Connect Govee to Wi-Fi
Lighting | Smart Home | WiFi
Kasa vs Lutron: Who is the Best Smart Dimmer Switch?
Kasa | Lighting | Lutron Caseta
Sign up for our newsletter
Submit
Frustrated by tech issues? Become a Tech Supportal member and get on-demand support for any problem, any time.
From troubleshooting issues to optimizing your devices, we're here to keep your household tech running smoothly.
Sign up today and enjoy a headache-free home
Prevent tech issues with Tech Supportal.
Join today and enjoy on-demand access to experts who can get your household technology set up right the first time – so you can save time and avoid hassle down the road.
Join Tech Supportal and stay a step ahead