Is TCL TV Better Than Hisense? 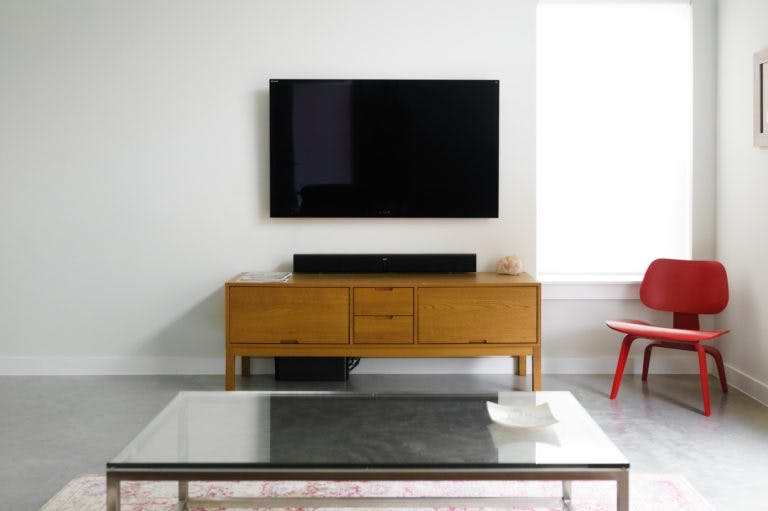 Hisense and TCL are popular TV brands known for budget-friendly 4K and full HD smart TVs. The two Chinese brands also offer high-end TV models to suit various entertainment purposes such as watching movies, sports, and gaming. Although the two brands have a lot in common, they use varied features to enhance the picture and sound quality, and functionality.

TCL TV is better than Hisense TV because it is comparatively cheaper and gives better picture quality with a crisp and colorful picture presentation. In addition, TCL TVs are more durable due to better support from their leg stands and tighter frame casings.

At first glance, you might be unable to tell the difference between Hisense and TCL TV features such as picture quality since they have a lot in common. However, they use different features to ensure convenience and ease of use. Read on to see the main features and how they compare.

In the chart below, we’ve presented, side-by-side, the stats of two comparable TCL and Hisense TVs:

While this chart only covers one of each brand’s models, the differences between the two are pretty typical for others. In the next few sections, we’ll dive into more general comparisons between the two brand’s TV products.

Click here if you’d like to learn more about the features TCL TVs offer and why they offer them at such a low price.

TCL vs. Hisense: Which TV Has a Better Price?

If you are on a budget, the price is a major consideration when choosing a TV. Although both Hisense and TCL TVs are more affordable than other high-end brands, they are not equal.

Depending on the model, you can get TV sets from $200 to thousands of dollars. Although small models have similar prices, the mid to large-sized 4K UHD TV models have a price difference of $50 to $100. For instance, although the TCL class 4 series and Hisense R6 series have similar features, the TCL TV is significantly cheaper.

While both TVs are high quality, you get better value for your money if you want a cutting-edge large UHD TV. Therefore, in the price category, the TCL model is the winner.

TCL vs. Hisense: Which TV Has Better Picture Quality?

TCL and Hisense are budget TV brands, and you cannot expect the same perfect picture quality as other expensive brands. However, you get a large screen with true UHD and HDR pictures for an affordable price.

A major issue with cheaper screens, such as in both TCL and Hisense TVs, is that you will not get an optimal image if viewing from an angle or location not directly facing the screen. Additionally, the images appear unclear or muted due to the lowered brightness.

TCL vs. Hisense: Which TV Has Better Sound Quality?

An important factor to consider when choosing a TV is great picture quality and good sound quality. It is difficult to enjoy watching TV with poor sound quality.

Both TCL and Hisense TV sets have stereo speakers but do not use advanced technology such as Dolby Atmos except in their very expensive sets. However, Hisense models have more powerful speakers than TCL sets that use 16W speakers in all their models.

You can enhance the sound quality of your TV with external audio devices and soundbars through the audio output ports.

TCL vs. Hisense: Which TV Has the Better Operating System?

While both TCL and Hisense models use UHD and HDR picture quality, they use different operating systems. Consequently, they have different smart TV functions and varied user experiences.

Hisense TVs use Android, giving you access to popular streaming services such as Netflix, Hulu, and YouTube, such as Google games and Google play music. The set has a built-in Chromecast that allows you to stream music, videos, and photos from Android, IOS, and Windows devices. They include Roku and Hisense’s VIDAA in their high-end models in rare cases.

On the other hand, most TCL TVs use Roku, which uses cable and antenna, and gives you access to more than 500 thousand TV shows and movies. In addition, you get popular streaming channels including Hulu, Netflix, ESPN, YouTube, and HBO.

While both operating systems are convenient, Hisense is the winner because Android OS is a friendlier user interface with more intuitive menus. In addition, Chromecast enables connectivity with voice assistants like Alexa and Google Assistant.

TCL vs. Hisense: Which TV is More Durable?

We all want value for our money, and when buying a TV, we look for a set that won’t need to be replaced every few years. When buying budget-friendly sets such as TCL and Hisense, this is a concern about TVs with plastic bodies.

Although they look similar, the TCL sets have a better build with wider leg stands and thicker plastic. In addition, the frame seems tighter than in Hisense TVs.

While TCL TVs are more durable, you do not have to worry about buying a new TV set after a couple of years.

If you are looking for an affordable TV set that will give you great value for your money, the TCL and Hisense models are great choices. While Hisense models have Android OS, which eases connectivity and better sound quality, TCL models offer similar features significantly cheaper. In addition, TCL has better picture quality and is more durable.

So Really, Are TCL TVs Better Than Hisense?

On multiple levels, TCL seems to produce the better TV when compared with those of Hisense.

TCL TVs are better not only because they’re more affordable but also because they have a more crisp, vivid image. Further, they are far more durable. If you go with TCL, you’ll not only get a better price but a longer-lasting product. You can’t beat that!