How To Connect Chromecast Without WiFi 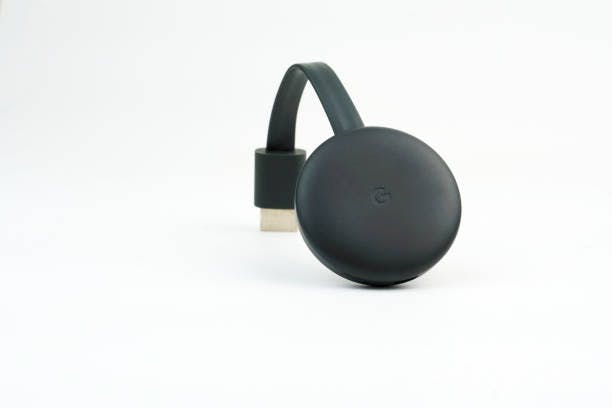 The Google Chromecast is a media adapter from Google that allows the user to stream online digital content such as movies, television, and music to a television. It is also possible to mirror a mobile device and send or display a picture slideshow.

Some users may not have the native casting capabilities that Android users’ phones come with. The only trouble comes around when the internet goes down, or if you’re traveling, you might wonder how to connect Chromecast without WiFi?

How to Connect a Chromecast Without WiFi

There is only one way to make a Google Chromecast work without WiFi, by connecting it to an ethernet cable. However, when most people think of WiFi, they just think of their home internet network. You can also connect Chromecast in two other ways.

Generally, a Chromecast won’t work without the internet. However, newer models have an onboard WiFi antenna capable of receiving local signals broadcast to them if the devices have Guest Mode PIN access given by the Chromecast owner. It’s also possible to purchase an ethernet adapter with a wired Chromecast if your WiFi is spotty.

How to Use a Chromecast with an Android or iPhone Hotspot

Though Google Chromecast has Android at the heart of its operating system, that doesn’t mean iPhone users can’t use it.

If you use an Android, the Google Home app can mirror the device and cast any digital online content you want.

If you are using an iPhone or iOS device, you can cast content to the Chromecast using the Google Home app. Still, you will need a third-party app to mirror your phone to the Chromecast because Apple AirPlay isn’t compatible.

How to Use Guest Mode with a Google Chromecast

Guest Mode is a mode on newer Chromecasts that allows the Chromecast owner to generate a PIN that will let people connect locally via a short-range WiFi network generated by the Chromecast itself.

When using the guest mode, no internet, router, or WiFi is required to cast content to the Chromecast. Not all Chromecast have access to Guest Mode.

How to determine if your Chromecast has Guest Mode:

If so, you can either see your PIN or tap Guest mode and Toggle Guest Mode On and see your PIN.

If not, then your Chromecast does not support Guest Mode

Connecting to a Chromecast is a little different for Android and iPhone users. Android is a little more involved because you have to enable the Guest function. It is enabled by default for iPhone users. iPhone users can skip directly to casting via an enabled app.

Casting Via an Enabled App Once Guest Mode is Enabled

You should now be able to cast content to the Chromecast

Once you have Guest Mode enabled, you should be able to cast locally from your mobile device to the Chromecast using the Chromecast’s locally transmitted short-range WiFi network.

Ethernet Adapter For the Google Chromecast

You can also purchase an ethernet adapter for the Google Chromecast, allowing you to run a hard line to the Chromecast. If, for some reason, you don’t want to have WiFi, can’t have WiFi, or it is just spotty where you live, a wired connection is more reliable.

The UGREEN Ethernet Adapter is affordable and has great ratings and reviews on Amazon. It allows you to run an ethernet cable from your modem to your Chromecast, so you no longer have to rely on a wireless connection.

If you have a Google Chromecast and don’t have access to the internet, a WiFi network, or a mobile hotspot, and hopefully have one of the newer models, you can use Guest Mode to cast from your phone to your Chromecast locally. Google made it as easy as possible.