Contact Us
About Us
The Smart Home Starter team picks the products and services we write about. When you buy through our links, we may get a commission.
Last Updated Mar 25, 2022 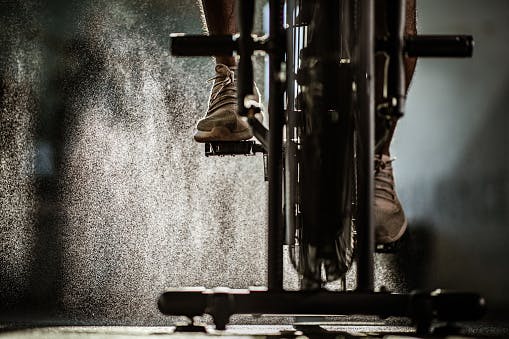 NordicTrack bikes are one of the most popular bikes on the market for your home fitness needs. Whenever you can’t head to the gym, these bikes are perfect to satisfy your exercise goals. But how secure are they, and can they be hacked?

It is possible for users to hack their NordicTrack bikes in order to access the Android system. NordicTrack is actively working to secure their system through automatic updates to their bikes.

This isn’t just able to be used by regular users though. Anyone wanting to access your bike can use the method and get into a locked system if they know the process.

The procedure of “hacking” the NordicTrack bike should only be done by normal users of the bike and should not be used to access a bike that is not yours or that you should not use.

Hacking the NordicTrack bike is primarily done due to the screen locking on the user of the bike.

This is a known problem that customers have detailed online, hence there is a known solution to the problem.

The process of unlocking the bike is as follows:

This should unlock your touch screen so you can access Android’s system. Not only will this procedure allow you to unlock the screen, but it will allow you to dive deeper than you normally would into your NordicTrack’s abilities.

As we stated, by accessing this “privilege” mode, many features are available that were not previously in regular mode.

You can sideload apps to the bike, which is handy if you have apps that you would like to use while exercising. It’s perfect for multitasking. Also, with a third party web browser loaded, the world of possibilities opens up to you. Whether it be Netflix or plain surfing the web, you have it all in your hands.

Now, watch out though. NordicTrack is releasing updates in order to try and block this known process for its internet connected bikes.

Why You Should Hack Your Own NordicTrack with Caution

Customers are still constantly finding workarounds to NordicTrack’s update. These workarounds can be found if you search heavily enough throughout the internet. Since they can be a security issue, we will let you use your own judgment if you further seek a workaround, or use the one we listed in the beginning of the article.

If you choose to use our workaround, be aware of the security risks involved, and know that it does give hackers a chance to possibly access your system and anything else you choose to access on your NordicTrack bike.

Use the bike just as you would your computer regarding security, but just realize that it is not as secure as your computer or mobile phone is. It was not made for this type of operation so be careful if you do use it otherwise.

How Is NordicTrack Responding to Hacking?

Although customers were ecstatic in finding a way to do tasks such as holding work Zoom calls while getting in their daily workout, it didn’t sit well with NordicTrack. This security flaw may have made customers furious after using their bike to accomplish personal and work tasks simultaneously throughout their day, but there are some serious setbacks to exploiting it.

NordicTrack found that the ability to sideload apps opened up many areas of the bike’s operations that could have actual hackers tamper with bikes that are not their own, so they are working on patching it up.

NordicTrack didn’t want someone running at top speed to have the bike suddenly stop, or even worse, have someone who can only walk have the bike speed up to max speed and cause them to fall or get injured.

A NordicTrack bike does have a few workarounds that can be accomplished to bypass the normal system and get into a deeper mode of operation. While NordicTrack doesn’t advise doing this, many customers still choose to unlock this mode due to the features and accessibility that become available from the process.

Use your own discretion before completing any unlocking process we have listed, or any you find anywhere on the internet. These methods are not recommended by the manufacturer and may very well void your warranty.

Always keep security in mind and understand that the bike’s operation is attached to your physical health as well as your presence on the internet.

Related Articles
Can You Watch Netflix on NordicTrack?
Health/Fitness | NordicTrack
Sign up for our newsletter
Submit